The Bolshevik regime that took power in 1917 aimed to construct a Marxist-Leninist version of socialism. The exigencies of civil war, the reality of being an unpopular workers’ party in a largely agrarian country, and the uncertainties inherent in putting into praxis an untested ideology resulted in governing policies and practices that were often improvisational and contradictory in nature. This presentation explores the intersection of two such contradictions, concerning religion and imprisonment, by examining how Bolshevik penal authorities approached the practice of religion in places of confinement and how they treated incarcerated religious authorities. 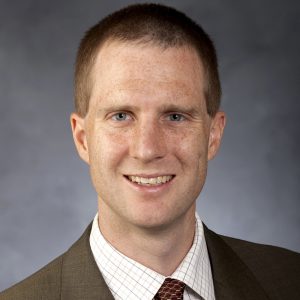 Jeffrey S. Hardy is an associate professor of history at Brigham Young University. He is the author of The Gulag After Stalin: Redefining Punishment in Khrushchev’s Soviet Union, 1953-1964 (Cornell University Press, 2016), as well as numerous articles and book chapters on different aspects of the Soviet Gulag. His current project explores how religion was practiced and repressed in Soviet prisons and labor camps from 1917 to 1991.