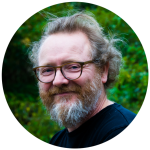 Graeme Robertson is a professor in the UNC Department of Political Science. His work focuses on political protest and regime support in authoritarian regimes. His most recent publications include Revolution and Reform in Ukraine, published by PONARS Eurasia (with Silviya Nitsova and Grigore Pop-Eleches), as well as scholarly articles on political institutions in authoritarian regimes, on the political psychology of dictatorship and on nationalism and identity. Graeme’s forthcoming book Putin v. The People  (with Samuel Greene) looks at the social bases of support for, and opposition to Russia’s President Vladimir Putin. 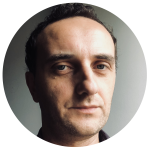 Adnan (Adi) Džumhur joined the Center for Slavic, Eurasian and East European Studies as its associate director in 2015. He oversees the Center’s overall operations, development, grant administration, event programming and outreach. Adi received his BA in German from Sewanee: The University of the South and his MA in Russian and East European Studies from UNC-Chapel Hill. He teaches Bosnian/Croatian/Serbian in the Department of Germanic and Slavic Languages and is co-convener of the UNC Forum on Southeast Europe, a national platform for interdisciplinary research dedicated to the region.

Meredith Doubleday is the assistant director of the UNC Russian Flagship Program. Her administrative background includes developing academic and financial support services for university students studying abroad and programming efforts to promote intercultural competency and campus internationalization at the University of Rochester. Meredith earned her B.A. in Russian and Classics from University of Rochester and M.A. in Russian language from Middlebury College. She is a member of the Board of Directors of the American Council of Teachers of Russian (ACTR).

Kathryn is a graduate student in the UNC Global Studies M.A. program with a concentration in Russian, Eurasian and East European Studies. She graduated from the University of North Carolina at Chapel Hill with her B.A. in Peace, War, and Defense and a minor in Russian Language and Culture. At UNC, she has been a part of numerous student organizations and worked in multiple university departments. In her spare time, she volunteers with organizations that support Gold Star families. 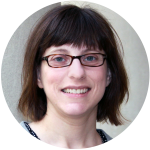