Like their counterparts in the West, Soviet citizens experienced the jet age in the air and on the ground. They walked through newly built, modernist terminals and boarded Tupolev and Ilyushin jets that dramatically shortened travel times—not a small change in a country with the world’s largest landmass. They complained about Aeroflot’s shortcomings from delayed flights and lost baggage to refund policies and getting bumped. And they consumed a steady stream of news and advertisements, as well as fiction and film that championed air travel and a socialist culture of aviation promoting selflessness, technology, patriotism, and material prosperity. In this presentation, Dr. Steven E. Harris’s will discuss a chapter from his book project on Aeroflot in late socialism, which explores the customer service that Soviet citizens encountered in flying their country’s sole airline. To date, historians have examined the evolution of Soviet consumer subjectivities primarily in housing, food, household items, and clothing. This book shifts our attention from goods to services—in this case, air travel—and how it advanced socialism’s “scientific and technological revolution” for the mass consumer. 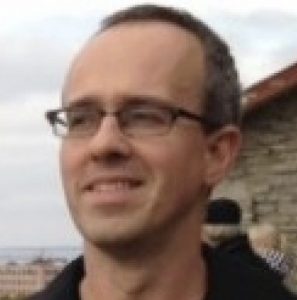 Steven E. Harris is an associate professor in the Department of History at the University of Mary Washington. As a historian of modern Russia and Europe, he specializes in research on mass housing and urbanization in Soviet history, aviation culture, and transnational cultural contacts during the Cold War. His first book Communism on Tomorrow Street: Mass Housing and Everyday Life after Stalin (Johns Hopkins UP, 2013) shows how Soviet citizens’ move from communal housing to single-family apartments transformed the post-Stalinist ‘thaw’ from an elite into a mass phenomenon.