Carolina Symposia of Music and Culture • Discourses of Memory: The Marginalization of Bronislava Nijinska

Unlike her celebrated brother, Vaslav Nijinsky, who dominates the narrative of early twentieth-century ballet, Bronislava Nijinska appears only fitfully in the history of ballet modernism and the narrative of neoclassicism. Again and again, a willful process of un-remembering seems to dim her passage through the ballet past, diminishing the works she choreographed and assigning them an ambitious position in the ballet canon. The marginalization of a choreographer typically has many causes, and this is certainly true of Nijinska. However, in her case,, discourse – what people wrote about her – almost certainly played an even greater role in determining how she was perceived from the start of her choreographic career in the West in the early 1920s until the 1960s, when The Royal Ballet’s revivals of Les Biches (1964) and Les Noces (1966) began the process of solidifying her reputation as a major modernist artist. Indeed, despite her stature, evident in the numerous companies with which she was affiliated and the multitude of works she choreographed, she seldom received her due from critics, historians, and even dancers. Again and again her accomplishments were disparaged, her works misrepresented, and her presence both as a dancer and a choreographer slighted or ignored. Even today she remains a shadow on the sidelines of her own history, diminished by the ever-present sobriquet of “Nijinsky’s sister.” 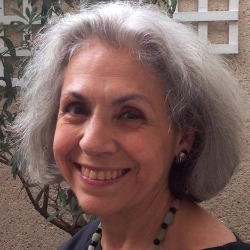 Lynn Garafola is a dance historian and critic, the author of Diaghilev’s Ballets Russes and Legacies of Twentieth-Century Dance, and a regular contributor of articles and essays to both scholarly and general interest publications. She is a professor emerita of danceat Barnard College and former editor of the book series “Studies in Dance History.”

Hosted by UNC Department of Music.