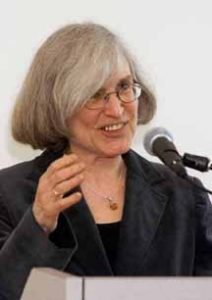 Hasia R. Diner is the Paul and Sylvia Steinberg Professor of American Jewish History at New York University. She has built her scholarly career around the study of American Jewish history, American immigration and ethnic history, and the history of American women. Prof. Diner is the author of We Remember with Reverence and Love: American Jews and the Myth of Silence After the Holocaust (2009), winner of a National Jewish Book Award and the American Jewish Historical Society’s Saul Viener Prize, and Roads Taken: The Great Jewish Migration to the New World and the Peddlers Who Led the Way (2015), a global history of Jewish peddling and Jewish migrations.