Carolina Seminar • A Sense of Self: Propaganda and Nationalism in Post-World War Fiume

Fiume, a major Adriatic port city controlled by Habsburg Hungary until 1918 and thereafter left rogue until 1921, presents a fascinating case of how post-Habsburg states could and did employ prior imperial models to navigate the trials and opportunities of the Wilsonian nation-state future imposed on most of multi-ethnic Europe. This paper investigates how postwar propaganda and education initiatives after 1918 put forward a determinedly “Fiumian” sense of self that was Italian nationalist in orientation but characterized by a Fiume first commitment to civic culture. Paying particular attention to flags, the “Italianization” of names, and the teaching of geography and history reveals how, under the cover of nationalism, imperial legacies and localism continued to dominate in post-World War I. 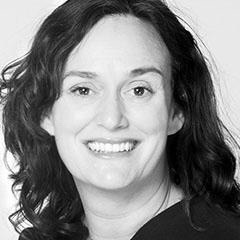 Dominique Reill is associate professor of history at the University of Miami. She specializes in Modern European history with particular emphases on post-World War I Europe, regionalism, nationalism, southern Europe, Italy, and the Balkans. She is the U.S. editor of the journal Contemporary European History and an editor of the Purdue University Press book series Central European Studies. She is currently completing her second monograph under the working title Rebel City: Fiume’s Challenge to Wilson’s Europe.

Co-sponsored by the Center for European Studies.

The Carolina Seminar: Russia and Its Empires, East and West is co-sponsored by the Carolina Seminar Program, the UNC Department of History, and the Center for Slavic, Eurasian, and East European Studies. Please note that the participants will give an overview of their projects, but will not read a formal paper. Instead, papers or book chapters will be circulated ahead of time to those who are interested in attending and participating in the discussion. Please contact Dr. Eren Tasar for more information.