Unlike Peter I and Catherine II, Empress Elizabeth (r. 1741-61) is not known for her imperial strategy. Yet, her reign witnessed important developments in all of the empire’s border regions, from the annexation of a piece of Finland as a result of the Treaty of Åbo (1743) to the encounter with the Bashkirs, linked to intensive industrial development in the Urals. This paper will attempt an overview of Elizabeth’s empire, both from the perspective of key issues in the border areas and from that of imperial policy. Crucial processes and decisions include the integration of the Baltic region, the reaffirmation of the Ukrainian hetmanate and establishment of New Serbia, and the economically motivated southward push in the Urals. What were the policy perspectives of statesmen and Elizabeth’s primary advisers, Alexei Bestuzhev-Riumin and Petr Shuvalov? Sources include imperial legislation, publications by officials on the ground, and reports of scientific travelers. 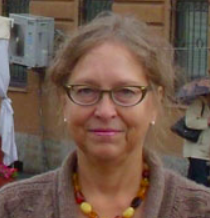 Catherine Evtuhov is a professor of history at Columbia University. She specializes in the history of Russia, primarily in the imperial period. Her interests include the history of Russian thought in European context, material culture and local history, and the history of the Black Sea region and Russian-Ottoman relations. She is the author, coauthor, or editor of a number of books, including A History of Russia: Peoples, Legends, Events, Forces and The Cross and the Sickle: Sergei Bulgakov and the Fate of Russian Religious Philosophy, 1890-1920.