The UNC Department of Germanic and Slavic Languages (GSLL) and the Center for Slavic, Eurasian and East European Studies (CSEEES) at the University of North Carolina at Chapel Hill have been awarded a $1.2 million grant to jointly launch an Undergraduate Russian Flagship Program, the first of its kind in the UNC System and one of only eight in the United States. 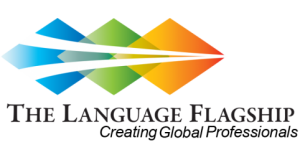 The Language Flagship is a federally funded, national initiative by the National Security Education Program (NSEP) and the Institute of International Education (IIE). It supports university language programs with demonstrated experience delivering high-quality undergraduate language instruction to students of all majors. The initiative’s goal is to foster professional levels of linguo-cultural competency in languages the U.S. government defines as critical to U.S. national security and economic competitiveness. Through a combination of intensive language courses, study abroad and internships, Flagship programs prepare students to take their place among the next generation of global professionals.

Stanislav Shvabrin, associate professor of Russian, will serve as the director of the Undergraduate Russian Flagship Program, which will become an integral part of Carolina’s already established Russian Program. Shvabrin has taught Russian at all levels including intensive, heritage and Flagship courses in the first Russian Flagship Program at the University of California, Los Angeles. As director of Carolina’s Russian Program, he oversaw a proficiency-oriented curricular overhaul, which included the mentoring of junior faculty in using the most current pedagogical tools and practices in language education. Shvabrin sees the Flagship award as an opportunity for growth in the Russian program.

In Shvabrin’s words, “A UNC-based Russian Flagship Program speaks to the strength of our current Russian education on the national level. It will enrich Carolina’s Russian curriculum with advanced language instruction, content-based courses in Russian and summer courses, while fostering pedagogic innovation and professional development of our Russian teaching faculty. It will help fund study abroad participation, student internships and service-learning opportunities.”

The Undergraduate Russian Flagship Program will serve students of all academic backgrounds, including ROTC cadets, by offering a variety of pathways to attain professional proficiency in Russian.

“We want the program to accommodate as many undergraduates as possible,” said Adnan Džumhur, associate director of CSEEES and co-principle investigator on the project. “Some of the largest majors on campus, like those in Global Studies and PWAD, have language requirements and undergraduate thematic tracks and foci that are already compatible with the curriculum of the Russian Flagship Program.”

The long-term goals of the UNC Russian Flagship align with UNC’s goal of infusing the campus with a global mindset. “I congratulate our colleagues for their innovative work to secure this major new funding stream. I am inspired by their success and hope that others seeking to infuse our campus with a global mindset will look to them as an example,” said Barbara Stephenson, vice provost for global affairs and chief global officer.