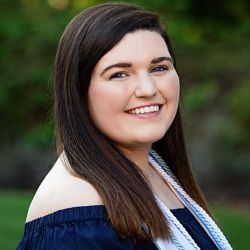 I studied at UNC-Chapel Hill with a degree in Political Science and minors in Russian Culture and Public Relations.

I like UNC’s graduate program in Russian and Eastern European Studies because not only is it a rigorous and well-respected area studies program, but it allows students flexibility to make their graduate experience truly suited to their research interests.

I chose to specialize in Russian and Eastern Europe after taking my first Russian language class at UNC in the fall of 2014. I fell in love with not only the uniqueness of the language but Russian culture itself.

While in undergrad, my political science studies focused heavily on the Soviet period of Russian and Eastern European politics and history, so most of my knowledge comes from my undergraduate degree.

My research interests are heavily focused on national identity in the Soviet Union and the Balkans and how each region conceptualized identity into citizenship under a communist political system.

After graduation, I hope to continue my studies on Russian history and politics by entering into a Ph.D. program of Russian history with the end goal to one day become a professor. 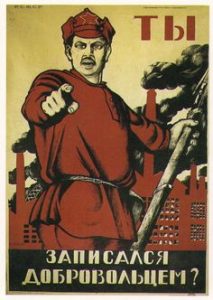 My favorite visual reminder of the region is the “Did you join the volunteers?” poster because I think it’s quintessentially Soviet. It reminds me of the October Revolution itself, which is a major reason why I am so interested in this region of the world.