Region of Suffering and Hope: The Czechoslovak Borderlands after World War II through the Eyes of Local Jews

After the Second World War, the Czechoslovak borderlands (known as the Sudetenland during the war) endured continued violence and ethnic cleansing, which also affected German-speaking Jews, many of whom had just returned from concentration or labor camps. In 1947, representatives of Jews in the region wrote to the United Nations Relief and Rehabilitation Administration repatriation department and declared that “the war is not over for us yet”. At the same time, this same territory became a refuge for Jewish refugees from the lands of today’s Ukraine. They often imagined settlement in the Czechoslovak borderlands as a unique opportunity to start anew. The talk will also conclude with some thoughts on how we might rethink the history of Jews and Jewish life in postwar Czechoslovakia more broadly. The speaker of the event is Kateřina Čapková. 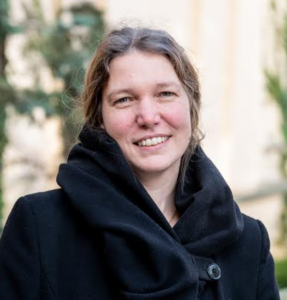 Kateřina Čapková is a senior researcher at the Institute of Contemporary History, Prague, she also teaches at both Charles University and NYU in Prague. Her Czechs, Germans, Jews? National Identity and the Jews of Bohemia (2012; in Czech 2005 and 2014) was called the Outstanding Academic Title of 2012 by Choice magazine. With Michal Frankl, she co-authored Unsichere Zuflucht (2012; in Czech 2008), which is about people fleeing to Czechoslovakia from Nazi Germany and Austria. Together with Hillel Kieval she is co-editor of the multi-author volume Prague and Beyond: Jews in the Bohemian Lands, which looks at the history of the Jews of Bohemia and Moravia from the early modern period to recent times (2021; in German 2020; in Czech 2022). Together with Chad Bryant and Diana Dumitru, she is currently working on a book about the 1952 Rudolf Slánský show trial. In 2016, she initiated the establishment of the Prague Forum for Romani Histories at the Institute of Contemporary History.