In the Soviet Union and post-Soviet Russia, no spy, real or fictitious, has been more famous than Max Otto von Stierlitz (aka Maksim Maksimovich Isaiev aka Vsevolod Vladimirovich Vladimirov), usually known simply as “Shtirlits.” This talk addresses the making of Shtirlits as a persistent icon of popular culture through the enormously successful television miniseries Seventeen Moments of Spring, which emerged at the intersection of several important processes in Soviet history after both Stalinism and the limited and inconsistent yet crucial liberalization of the Khrushchev period. To reconstruct the origins and historical context of Seventeen Moments, the talk considers its literary basis and author, Iulian Semionov, the development of Soviet television, and a systematic effort by the Soviet secret police, the KGB, to reshape its image. To explore the rich meanings of Seventeen Moments, it elaborates several key themes: the development of the Soviet idea of heroism, images of fascism and capitalism as well as the Western Allies of World War Two who became adversaries in the subsequent Cold War (in particular the USA and Americans), the Soviet and Russian relationship to Germany, and reflections of the Stalinist past. 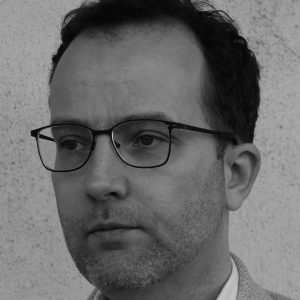 Tarik Amar is Assistant Professor in the Department of History and at the Harriman Institute at Columbia University. Formerly, he served as academic director of the Center for Urban History of East Central Europe in Lviv. His research focuses on the contemporary history of Ukraine, and he is the author of The Paradox of Ukrainian Lviv: A Borderland City between Nazis, Stalinists, and Nationalists (Cornell University Press, 2015). He is currently  working on a transnational history of Cold War narratives and representations of spying, secrecy and multiple identities.