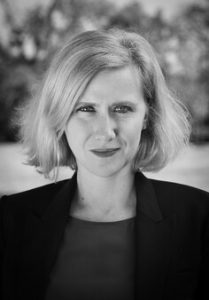 Emily Greble is Associate Professor of History at Vanderbilt University. Her research interests include Islam in Europe, the transition from empire to nation-state, civil conflict, and local responses to socialism. Greble’s first book, Sarajevo, 1941-1945: Muslims, Christians, and Jews in Hitler’s Europe (Cornell, 2011) examines the persistence of institutions and networks in the city of Sarajevo under Nazi occupation during the Second World War. Her second book, Muslims and the Making of Modern Europe (Oxford, 2021) upends the polemical doxa that Muslims were outsiders or foreigners to Europe, arguing that they are central to understanding the intricate processes of European nation-building and the nature of European equality, secularism, and law in the nineteenth and twentieth centuries.

The Carolina Seminar: Russia and Its Empires, East and West is co-sponsored by the Carolina Seminar Program, the UNC Department of History, and the Center for Slavic, Eurasian and East European Studies. Please note that the participants will give an overview of their projects, but will not read a formal paper. Instead, papers or book chapters will be circulated ahead of time to those who are interested in attending and participating in the discussion. Please contact Dr. Eren Tasar for more information (etasar@email.unc.edu). This event is co-sponsored by the Carolina Seminar on Transnational and Modern Global History and the Center for European Studies.