Part of the UNC Russian Flagship Program, Griffin McGuire will spend the next year in Almaty, Kazakhstan, studying at the Al-Farabi Kazakh National University. 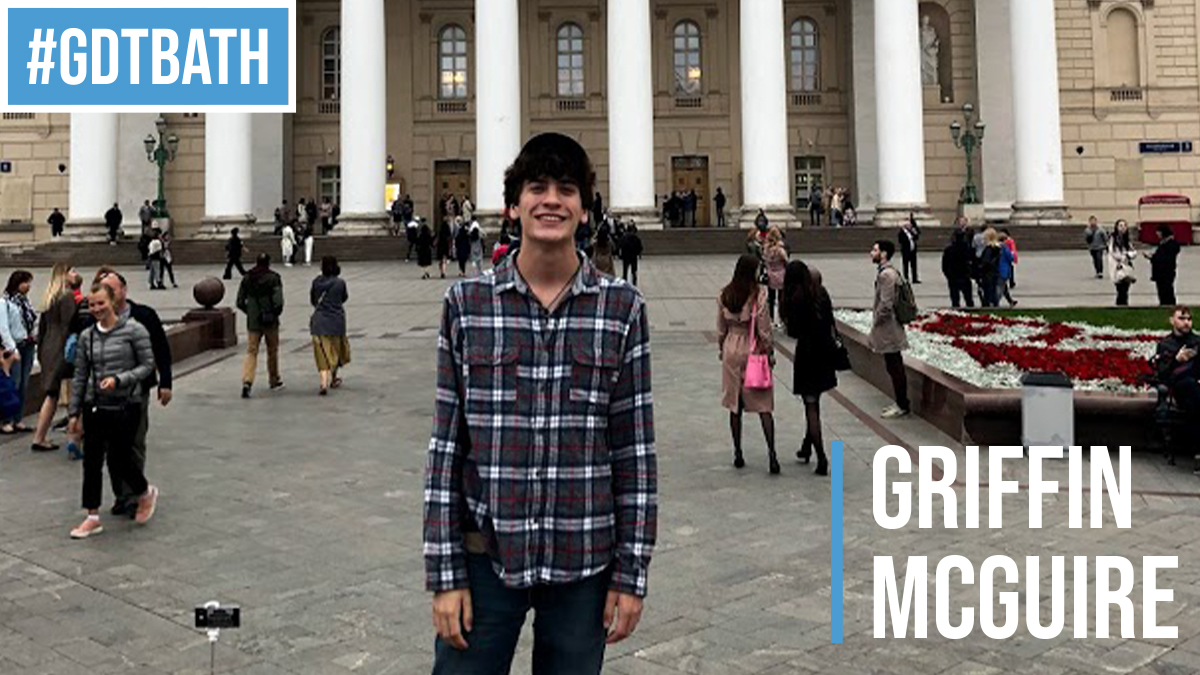 When Russia annexed Crimea in 2014, Griffin McGuire realized it was a pivotal moment — not only for world affairs but for his own future.

A high school student at the time, McGuire watched the crisis unfold and realized he wanted to use his Russian language skills to improve relations between the United States and Russia.

“At that point, it kind of solidified in my mind that was something that I wanted to pursue potentially for the rest of my life,” McGuire said. “In an era where Russian and American relations seemed to be taking every turn for the worse, it seems that my choice to study Russian couldn’t have come at a better time.”

McGuire, who has been studying Russian since high school, is a senior at UNC-Chapel Hill double majoring in global studies and political science and minoring in music. Growing up in Charlotte, McGuire always wanted to learn more about the Cold War, which led him to begin studying Russian.

“I was always interested in what kind of legacies are left on our world today,” McGuire said.

McGuire traveled to Russia for the first time in 2019 for an intensive language program in St. Petersburg and is now a student in the UNC Russian Flagship Program. The federally funded language initiative is the first of its kind in North Carolina and one of only eight Russian Flagship Programs in the United States. Students of all majors may participate in the program, which seeks to answer a critical U.S. national security need for university-educated U.S. citizens with advanced linguistic and cultural proficiency in Russian.

The program is comprised of Russian language coursework augmented and enriched with individual tutoring, a summer of intensive language study in a Russian-speaking country, and a capstone academic year in Almaty, Kazakhstan. Students receive financial support through the program to help fund these opportunities. In addition to being a Flagship student, McGuire also works as a Flagship ambassador, helping to promote, lead, and organize events for the program.

McGuire enrolled in the Flagship program during the fall semester of his senior year, the first semester it was offered at UNC-Chapel Hill. His main concern that semester was ensuring his Russian was advanced enough to spend a year in Kazakhstan, so he spent hours every day studying and immersing himself in Russian in as many ways as he could, building on a solid foundation acquired in his Russian classes here at UNC-Chapel Hill.

His hard work paid off. In January 2021, he passed a series of rigorous language tests to qualify as an advanced-level student of Russian. This qualification will allow him to embark on the Flagship capstone year in the fall.

“It was kind of surreal and mind-blowing that this all lined up so perfectly for me, especially in my senior year,” McGuire said.

In Almaty, McGuire will live with a host family and study at Al-Farabi Kazakh National University. During his second semester, he’ll complete an internship, which he hopes to do with adiplomatic organization in Almaty.

“I’m interested in pursuing the diplomatic route of career choice,” McGuire said. “Anything that I can use my Russian language skills to participate in a process of improving relations between Russia and the United States would be ideal.”

When he’s not studying or working, McGuire hopes to learn more about Kazakh music while abroad. Music has always been a big part of McGuire’s personal life — he played in the UNCmarching band for two years and is graduating with a minor in music. From traditional Kazakh folk music to contemporary music, McGuire is excited to explore all the Almaty music scene has to offer.

In April, McGuire received a 2021 Boren Scholarship that he will use to fund the capstone year in Kazakhstan. Boren awards fund the intensive, long-term overseas study of language and culture by U.S. students. Upon completion of their studies, Boren recipients work in national security positions in the U.S. federal government for at least one year.

The Boren scholarship is highly competitive, and McGuire credits the Flagship program for providing him with essential support during the application process.

“The Russian Flagship program, thankfully, was there every step of the way,” McGuire said.

Ultimately, McGuire orients his interest in Russia in the belief that improving connections between Russia and the United States will be beneficial for both countries.

“I know that’s a very big thing and not something that one person simply can do,” McGuire said. “But I think that Russia and the United States have a lot to gain from more positive and productive relationships.”