Although Stalinist ideologues and artists highlighted the idea of “new socialist man” in the 1950s, and reform communist scholars critically explored the issues of consumerism and leisure under socialism in the 60s, it was a “consolidated” sociology after 1968 that made “socialist life style” a crucial research topic in social sciences and humanities. The research agenda was rigidly ideological, highlighting sharp dichotomies between socialist and capitalist societies while aiming to contribute to welfare and cultural policies of Czechoslovakia after the suppression of the Prague Spring. In its very specific and normative way, this scholarship reflected also serious social and cultural contradictions threatening to undermine officially celebrated stability and prosperity of late socialist dictatorship. With its emphasizing of “openness” and reforms, Soviet perestroika posed a further challenge for the researches on “socialist life style”. In this presentation, Dr. Vítězslav Sommer will explore how “socialist life style” scholars in Czechoslovakia coped with social and political transformations of late socialism and, more generally, with far-going cultural and social transformations which affected both “Western” and “Eastern” Europe. 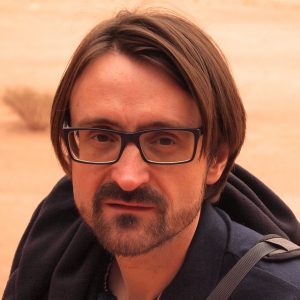 Vítězslav Sommer is a research fellow at the Institute for Contemporary History of the Academy of Sciences of the Czech Republic. His most recent publications in English include “Are We Still Behaving as Revolutionaries?”: Radovan Richta, Theory of Revolution and Dilemmas of Reform Communism in Czechoslovakia published in Studies in East European Thought, and the book chapter Managing Socialist Industrialism: Czechoslovak Management Studies in the 1960s and 1970s published in Planning in Cold War Europe: Competition, Cooperation, Circulations (1950s–1970s).

This event is free and open to the public • Free parking is available after 5 PM at the GEC/McCauley parking deck and Beard surface lot (both on Pharmacy Lane); for more parking options, please see here.