The UNC Center for Slavic, Eurasian and East European Studies is pleased to invite you to a virtual book club on Ukrainian literature, co-presented by the Regulator Bookshop. The goal of the book club is to highlight translated works by contemporary Ukrainian writers and create a community of readers interested in Ukraine’s history and culture.

The book club will kick off on June 9th with Andrey Kurkov’s internationally acclaimed novel Grey Bees and meet every week through June. Each meeting will have a guest speaker; the schedule is listed below. Andrey Kurkov will speak to the club on July 1st. Zoom links for the meetings will be shared with the book club members in advance. Readers from anywhere in the world are invited to join.

The Center is pleased to offer a limited number of free copies to students and teachers based in the Durham/Chapel Hill area (more info will be provided upon registration).

July 1 • Q&A with Andrey Kurkov, the author of Grey Bees 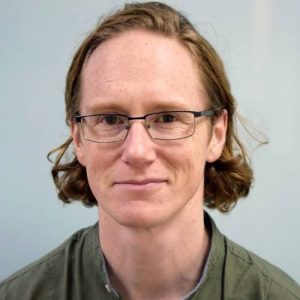 Uilleam Blacker is an associate professor in the comparative culture of East Europe at the School of Slavonic and East European Studies at University College London. His monograph Memory, the City and the Legacy of World War II in East-Central Europe was published by Routledge in 2019. He is co-author of Remembering Katyn (Polity, 2012) and co-editor of Memory and Theory in Eastern Europe (Palgrave-Macmillan, 2013). He has published widely on Ukrainian, Polish and Russian literature and culture. He has also translated the work of several contemporary Ukrainian writers, including, most recently, Oleg Sentsov’s short story collection Life Went On Anyway (Deep Vellum, 2019).