In the decade and a half before the outbreak of World War II, radio became a mass phenomenon throughout Europe, North America, and beyond. Even in a relatively poor country like Poland, radio made a major impact on society, culture, and politics by 1939. In this short talk I will discuss some of the most salient aspects of Polskie Radio in this period with some comparison with the situation elsewhere in Europe as well as in North America. 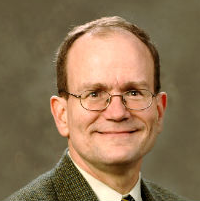 Theodore R. Weeks is a professor of history at the Southern Illinois University. He teaches courses in world, European, Eastern European, Polish, and Russian history. He is the author of Nation and State in Late Imperial Russia: Nationalism and Russification on Russia’s Western Frontier 1863–1914 (1996) and From Assimilation to Antisemitism: The “Jewish Question” in Poland, 1850–1914 (2003). His latest book is Vilnius Between Nations, 1795-2000.

The Carolina Seminar: Russia and Its Empires, East and West is co-sponsored by the Carolina Seminar Program, the UNC Department of History and the Center for Slavic, Eurasian, and East European Studies. Please note that the participants will give an overview of their projects, but will not read a formal paper. Instead, papers or book chapters will be circulated ahead of time to those who are interested in attending and participating in the discussion. Please contact Dr. Eren Tasar for more information (etasar@email.unc.edu)