For millions of Habsburg citizens, civilians and soldiers alike, the First World War was a war of both mobility and captivity. While soldiers were notoriously paralyzed in trenches on the Western front, the armies of the Central Powers and the Russian steamroller pushed each other back and forth across contested territory, sending civilians in flight. At least 600,000 Austrian civilians fled or were evacuated from the front during the war. State officials scrambled to address the crisis with an ambitious network of refugee camps scattered throughout the Empire’s interior. Austro-Hungarian troops meanwhile captured its own territory along its vast frontiers, and struggled to establish new regimes, extract resources, and pacify local populations. This war of movement was a prelude to captivity for at least 2.7 million Austro-Hungarian soldiers whose service ended in Prisoners of War camps, mostly in Russia. They shared the experience of internment with thousands of civilians, enemy nationals, and soldiers who were interned within the Empire, and with the hundreds of thousands of refugees who began to experience the refugee camps created to care for them as a form of imprisonment. The Austro-Hungarian Army and bureaucracy saw this mobility as an opportunity as well as a crisis. It was an occasion to extend an imagined civilizing mission toward captive lands, soldiers, and citizens. 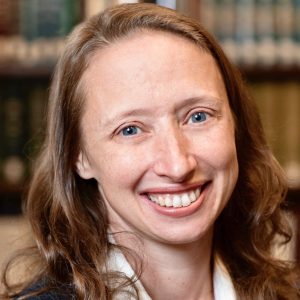 Tara Zahra is a professor of history at the University of Chicago. Her research focuses on the transnational history of modern Europe, migration, the family, nationalism, and humanitarianism. Zahra’s most recent publications include The Great Departure: Mass Migration and the Making of the Free World (Norton, 2016) and, with Leora Auslander, Objects of War: The Material Culture of Conflict and Displacement (Cornell, 2018).


The Carolina Seminar: Russia and Its Empires, East and West is co-sponsored by the Carolina Seminar Program, the UNC Department of History, and the Center for Slavic, Eurasian, and East European Studies. Please note that the participants will give an overview of their projects, but will not read a formal paper. Instead, papers or book chapters will be circulated ahead of time to those who are interested in attending and participating in the discussion. Please contact Dr. Eren Tasar for more information.