Ukraine’s Euromaidan protest in 2013-2014 was a spectacular event that attracted significant media and public attention, due in no small part to the extensive use of social media by protesters. In this talk, based on ethnographic research conducted during and after the protest, Dr. Tanya Lokot will focus on how the protest’s visibility and the witnessing practices of its participants were mediated by networked technologies such as Facebook and Twitter. Crucially, socially mediated witnessing of protests like Euromaidan provided for a “bottom-up” making of the event, bypassing official channels and allowing for multiple protest temporalities, narratives, representations, memories, and histories. This talk will examine how agency afforded by social media is vital in societies where access to traditional media and memory-making institutions is limited. 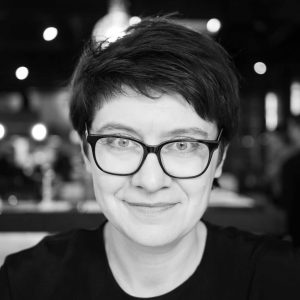 Tanya Lokot is an assistant professor at the School of Communications, Dublin City University, Ireland. Her research examines the affordances of networked technologies for civic activism and dissent in post-Soviet states. She also researches internet freedom and governance in Ukraine and Russia, as well as the uses of digital media in conflicts and crises. A former journalist, she was a contributing editor for the RuNet Echo project at Global Voices and has contributed writing to The Guardian and The Moscow Times.

This talk is free and open to the public, but space is limited and RSVP is required.
Lunch will be provided to registrants. Register here.