This presentation will explore the American networks of Eastern European dissidents by highlighting interactions (and competition) with other important activist causes in the 1970s and 80s, such as human rights activism in general and more specifically the anti-apartheid movement and movement of international solidarity with the victims of Latin America’s military dictatorships. While examining how the “narrative strategies” of American dissident activists and journalists had informed Eastern European dissidents, Dr. Petra James will specifically address the coverage of dissident activities in Eastern Europe by major American newspapers such as The New York Times and The Christian Science Monitor during that period. 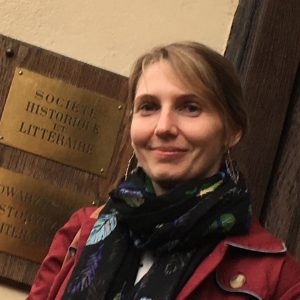 Petra James earned her PhD in Comparative Literature and Slavic Studies from Sorbonne University. She currently serves as the chair of the Czech Literature and Language program and director of the Center of Czech Studies at Université Libre de Bruxelles in Belgium. Her book Bohumil Hrabal: ‘Composer un monde blessant à coups de ciseaux et de gommes arabiques’ (Bohumil Hrabal: ‘Composing a Wounding World with the Help of Scissors and Glue) was published by Les Classiques Garnier in 2012. Her research focuses on  the comparative history of the avant-garde and cultural memory in Central European fiction.