Visegrad Talk • Ethnicity and Race in Poland, Politics, and the Mobility of Knowledge, 1918–1952

Until the mid-twentieth century, studies of ethnicity and race were a source of an epistemological and political competition between scientific schools in Europe and the United States. As a result, ubiquitous notions developed in the post-World War I period about ethnic and racial differences, the meaning of civilization, national character, and cultural patterns that traveled across borders and time. This presentation will explore how these notions were integrated, domesticated, and altered to fit into debates on the complex relationship between science, modern society, and the state, and especially how they interplayed at the local level with ideas about assimilation, citizenship, and patriotism, on the one hand, and ideological and geopolitical threats on the other. On the basis of an exhaustive use of archival sources, Dr. Linkiewicz will argue that the studies of ethnicity and race, which developed in interwar East Central Europe in a close relationship to the German-speaking scholarship and the Anglosphere, are intimately interconnected with early American Area Studies. 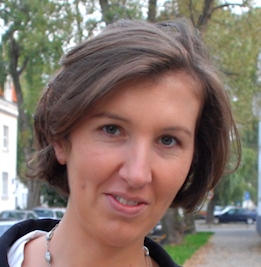 Olga Linkiewicz is an assistant professor at Tadeusz Manteuffel Institute of History, Polish Academy of Sciences. She specializes in the social history of modern Poland and memory studies, which include fieldwork experience in Ukraine, Belarus, and Poland. In 2010 she was awarded the Polish journal Polityka Prize and in 2012–13 was a Fulbright Visiting Scholar at Columbia University and New York University. Her forthcoming book Localness and Nationalism: Rural Communities in Interwar Eastern Galicia (in Polish) uses retrospective ethnography to reconstruct social practices and attitudes of villagers in their own terms.