Visegrad Talk • Conservative Iconoclasm: How the Right Hijacked a Revolutionary Gesture in Poland

Contrary to the general assumptions – corroborated mainly by rapidly circulating images of “the fall” of the Berlin Wall – in many countries of Eastern Europe the transition from socialism to capitalism lacked strong performances of defacing, disgracing and toppling of monuments. In today’s Poland this void has been filled by the passing of the so-called “decommunisation bill” in 2016. Many saw this as an attempt by the Polish government to symbolically establish itself as the real revolutionary force and its reign as the postponed beginning of a new era of freedom and national independence. By virtue of the bill, iconoclasm is currently an official part of state policy, and serves both as a tool of conservative rewriting of history of socialism in Poland, and as a way of proving agency and domination of the ruling party in the contemporary public space. Although iconoclastic actions in Poland and their imagery may be visibly similar to various both historical and contemporary cases of anti-monumental practices (including those directed at Confederate monuments in Chapel Hill and Durham) their meaning is strongly dependent on the context. This talk will reconstruct the cases of politically-motivated monumental gestures in Poland from the perspective of local visual culture. 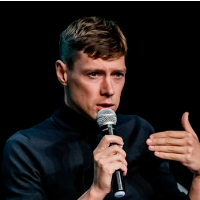 Łukasz Zaremba is an assistant professor of visual culture at the University of Warsaw, editor of the academic bilingual journal “Widok,” translator, and independent curator. His interests focus on visual culture and image theory, role of vernacular and popular images in social conflicts, iconoclasm and iconophilia. He recently curated the exhibition “Monumentomania” in Warsaw’s Museum of Modern Art. He is a visiting scholar at  the John Hope Franklin Humanities Institute at Duke University where he is continuing his long-time research on contemporary iconoclasm and monuments.