Misinformation. Misdirection. Fake News. Russian meddling. After more than a year in a new, Russian-style fog machine, the American public has learned one thing: Sunlight remains the best disinfectant. Real information — provided by professional, credible journalists with standards and ethics — still has the power to cut through the confusion. Investigative journalists have rallied to unearth new details about the Russia investigation, secret changes at federal agencies and presidential business dealings, cutting through distortions and conspiracy theories with solid, undeniable facts. The problem that has emerged is not the lack of accurate information, but the choice some are making to not believe it; to buy into the unsubstantiated and the untrue. Encouraged by the president, his anti-press allies and the hidden hand of Russian internet trolls, this approach is redefining a core responsibility of American citizenship: To seek out the best and most reliable information with which to make political decisions. It had been a mostly unspoken tenet, but one that was unique to American-style democracy. Russia was the place where a citizen’s duty was to put their faith in the state and its leadership above all else, even objective reportage. This unprecedented moment in American political discourse calls for a new commitment to fact-based decision making. But is that possible in the current political climate? 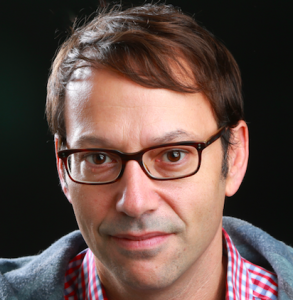 With over 25 years of reporting experience, Jim Rutenberg was named media columnist for The New York Times in January 2016. Previously, he was a chief political correspondent for The New York Times Magazine (2014-2016), and currently is a writer at large for it. He served as the national political correspondent for the paper from 2010 to 2014, co-leading The Times’s daily coverage of the 2012 presidential campaign.

This talk is part of the 2018 UNC Global Spotlight Week: Crises of Citizenship.