My Brother’s Keeper: Romanians and the Vietnam War

This paper contributes to recent scholarship on Eastern Europe and the Global South by exploring Romania’s engagement with the Vietnam War.  In Romania, the Vietnam War served as a platform for critiquing American imperialism and showcasing socialist solidarity, with the press graphically depicting American barbarity against Vietnamese civilians and glorifying the Vietnamese People’s Army as heroic fighters for freedom.  These articles were intended to foster solidarity with the Vietnamese people in their struggle for national liberation and to highlight the benevolence and superiority of socialism.  Mobilized by the state as a tool for promoting socialist and nationalist principles, the Vietnam War was also part of the everyday imaginary: Romanians of various ages and occupational backgrounds wrote to the party leadership to share their views on the war, and, in some cases, request permission to fight alongside their “socialist brothers.”  Thus the Romanian state and its citizenry could find common cause around certain issues, illustrating the salience of national roads to socialism in the 1960s and 1970s. 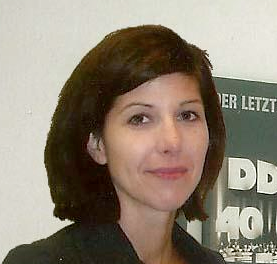 Jill Massino is associate professor of modern European history at UNC Charlotte. She is coeditor (with Shana Penn) of Gender Politics and Everyday Life in State Socialist Eastern and Central Europe (Palgrave, 2009) and author of Ambiguous Transitions: Gender, the State, and Everyday Life in Socialist and Postsocialist Romania  (forthcoming: Berghahn Books, March 2018).  Her current project, “Cold War Collaborations” explores Romania’s relationship with a number of countries in the Global South during the Cold War.

The Carolina Seminar: Russia and Its Emipres, East and West is co-sponsored by the Carolina Seminar Program, the UNC Department of History, and the Center for Slavic, Eurasian, and East European Studies. Please note that the participants will give an overview of their projects, but will not read a formal paper. Instead, papers or book chapters will be circulated ahead of time to those who are interested in attending and participating in the discussion.