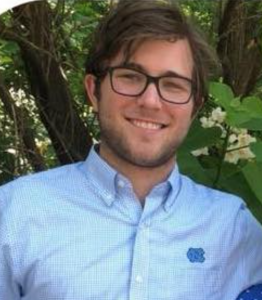 Rediscovering the Regiment: Tradition and Transformation in the Habsburg Army, 1867-1914

In the armies of nineteenth- and early twentieth-century Europe, much of military life centered on the regiment. As cultural institutions and combat formations, army regiments not only provided soldiers with a sense of belonging, but also served as focal points for local, regional, and even national patriotisms. Despite the regiment’s centrality to military culture, though, scholars of the late nineteenth and early twentieth centuries have rarely analyzed the meaning of regimental tradition or the dynamics of regimental identity formation. This presentation offers just such an analysis, focusing on the Austro-Hungarian example. While sharing certain basic characteristics with other contemporary European states, Austria-Hungary’s regimental system also reflected the empire’s stunning level of ethnolinguistic diversity. As I argue, the regiment in Austria-Hungary served as an important intermediate military space where soldiers negotiated the complex web of local, regional, dynastic, and ethnic loyalties that characterized public life in late imperial Austria.

KEVIN J. HOEPER is a PhD candidate in modern European history at the University of North Carolina at Chapel Hill. His research focuses on war, violence, and military culture in the Habsburg empire and its successor states. His ongoing dissertation project, with the working title “Our Regiment: Military Tradition in the Bohemian Lands, 1867-1942,” explores the creation and cultivation of regimental identities in Austria-Hungary and in the interwar Czechoslovak Republic.

The NCGS  graduate assistants KEVIN HOEPER (kjhoeper@live.unc.edu) and KENNETH ALARCÓN NEGY  (kennethalarconnegy@unc.edu)  will take care of the  technology of the Zoom Seminar. Please contact them if you have any questions or trouble.
For our NCGS Online Seminars Etiquette click here.
Co-Conveners: Duke University, Department of History; UNC-Chapel Hill Department of History; Center for Slavic, Eurasian, and East European Studies