The migrant crisis in 2015 solicited diverse responses from the “old” and “new” Europe. East Central European governments showed little interest in offering refuge on their territories. This reaction has a historical and cultural background to how belonging is defined and interpreted in the region. It is connected to exclusionary idea of a state-forming nation, which perceives minorities as symbolically less equal citizens to ethnic Slovaks, Hungarians, or Poles. This tendency is underscored by unresolved historical grievances that continue to play a role politically — lack of accountability and responsibility for the fascist and communist past and tradition of “exporting” guilt — so much so that the region has earned the label of a “memory hole of Europe.” This talk will examine how these trends impact the way citizenship policies are designed and implemented today. 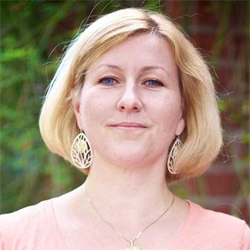 Dagmar Kusá is an assistant professor at the Bratislava International School of Liberal Arts (BISLA). She is the Vice President of the Helsinki Committee for Human Rights in Slovakia. Her primary academic interests include the political use of collective memory, citizenship and minorities, and manifestations of cultural trauma in public discourse. Her current research focuses on the quality of democracy in countries transitioning from totalitarian or authoritarian regimes and its relation to the institutional choices of the past, particularly in the context of South African and Central European history.