The Use and Abuse of Historical Memory in Southeast Europe: An Interdisciplinary Dialogue

Societies across Southeast Europe are locked in symbolic wars over the past. Politicians, intellectuals, and opinion makers tap into the past to construct hierarchies, delineate identities, and chart a vision of the future. The Yugoslav wars in the 1990s, the divisive legacy of communism, and the traumas of World War II, including occupation, collaboration, resistance, and even the Holocaust continue to be a disputed terrain. At the same time, critical scholarship is engaged in a project to empower dissonant voices and memories “from below” which challenge dominant grand narratives focused on nation, victimhood, and historical grievances. Anthropologist Dr. Sarah Wagner (George Washington University) and political scientist Dr. Jelena Subotić (Georgia State University) will explore how remembering and commemorating the past affect the social fabric and politics in present-day Balkans. The conversation will be moderated by Dr. Dimitar Bechev (UNC Chapel Hill). Sarah Wagner is an associate professor of anthropology at George Washington University. Her research has explored connections between the destructive and creative forces of war, focusing primarily on the identification of missing persons in the aftermath of the Srebrenica genocide. She is the author of To Know Where He Lies: DNA Technology and the Search for Srebrenica’s Missing (California UP, 2008) and co-author of Srebrenica in the Aftermath of Genocide (Cambridge UP, 2014). In 2017 she received a Guggenheim Fellowship and an NEH Public Scholar award to complete her current monograph. 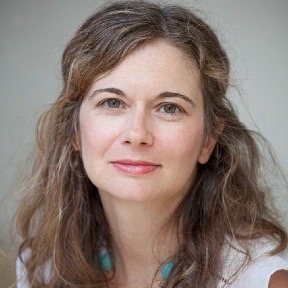 Jelena Subotić is a professor of political science at Georgia State University. She is the author of Hijacked Justice: Dealing with the Past in the Balkans (Cornell UP, 2009), which examines the contested way in which international norms of transitional justice were appropriated by domestic political elites in the Western Balkans. Her research has appeared in a number of academic and public policy journals, including International Studies Quarterly, European Journal of International Relations, Journal of Peace Research, Foreign Policy Analysis, and many others.

This event is presented by the newly launched Forum on Southeast Europe; a collaborative initiative by the UNC Center for Global Initiatives and the Center for Slavic, Eurasian, and East European Studies.