The Polish-Jewish writer Julian Stryjkowski (1905-1996) is mostly and justly famous for his “Galician Tetralogy,” a sequence of four novels depicting the life in Jewish shtetl right before and at the very beginning of the World War I. The description itself deserves attention as it is free both from nostalgic sentimentalism or clear-cut assimilatory criticism: it lovingly but soberly presents the world which is about to end with all its frictions, paradoxes and tensions. In his talk, however, Adam Lipszyc will concentrate on the additional tension inscribed within Stryjkowski’s literary world, which is introduced by the presence of the homoerotic desire. Stryjkowski subtly shows how the forbidden desire reveals and actualizes a heretical potential embedded in Jewish practices and in Judaic theology itself. 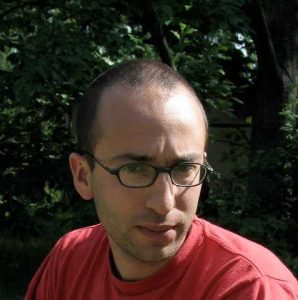 Adam Lipszyc teaches at Collegium Civitas in Warsaw and at the Franz Kafka University of Muri. His work focuses on the traces of Jewish theology within 20th century philosophy and literature, as well as on the philosophical implications of psychoanalytic theory. His most recent publications include a volume of essays on Polish literature (Red Letters, 2018; in Polish) and a philosophical analysis of Freudian thought (Freud: the Logic of Experience, 2019; in Polish).


This talk is made possible by a University Studies Grant from the International Visegrad Fund.