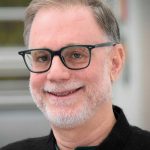 Richard K. Wolf is a professor of music and South Asian studies at Harvard University. He has been conducting ethnomusicological research on the musical traditions of South Asia for more than thirty years. His research topics have included the social-cultural and technical components of Karnatak “style” (bani) in South Indian classical music, conceptions of space and time among the Kotas, a tribal minority population in the Nilgiri Hills of south India, and drumming, “recitation,” and music in public Islamic contexts in India and Pakistan. Wolf is currently conducting field research on issues of music, language, and moral being among the Wakhi people of adjacent parts of Tajikistan, Afghanistan, Pakistan and western China. He is the author of The Black Cow’s Footprint: Time, Space, and Music in the Lives of the Kotas of South India (University of Illinois Press, 2006) and The Voice in the Drum: Music, Language and Emotion in Islamicate South Asia (University of Illinois Press, 2014). Wolf has been the recipient of grants and fellowships from the National Humanities Center (current), The Radcliffe Institute for Advanced Study, The National Endowment for the Humanities, and many others.