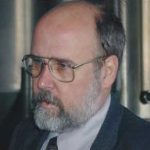 Don Van Atta is a political scientist by training with many years of experience as a policy advisor and international development consultant in the Russian Federation, Ukraine, Georgia, and Tajikistan. His research focuses on the political economy of agriculture and rural change in the former Soviet Union. He received his Ph.D. from the University of California at Berkeley and holds an honorary Doctor of Sciences degree from the Agrarian University in Tbilisi, Georgia. His current research looks at the effects of radical reform in Georgian agriculture and the politics of the local state in Tajikistan.