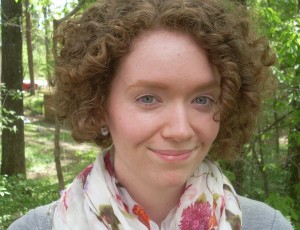 Adrianne Jacobs received her Ph.D. in Russian and Eastern European History from UNC-CH in May 2015. Her dissertation, “The Many Flavors of Socialism: Modernity and Tradition in Late Soviet Food Culture, 1965-1985,” focuses on cooking advice literature, public dining, and representations of food in popular culture during and immediately after the Brezhnev years. In late Soviet Russia, the food sphere served as an important site for state-society interaction, ideological contestation, and building national and gender identities. In the 1960s and after, longstanding Soviet efforts to “modernize” and “rationalize” dining and diet encountered competition from an alternative approach to cooking, which relied upon history and “tradition.” Home cooks and experts used food to explore the national past and build identities that did not depend upon official ideology for their legitimacy. This trend permeated food writing and other sites of public discourse, which celebrated ethnic cookery and championed a “traditional” gendered division of kitchen labor. While officials sometimes encouraged such expressions of national distinctiveness and cultural traditionalism, discussions of food, history, and nation often implicitly critiqued the Soviet system. Tracking the emergence of new gastronomic viewpoints and attendant contests for authority in the food sphere, this dissertation uses culinary discourse to provide a critical reexamination of ideology, culture, and social life in late Soviet Russia.